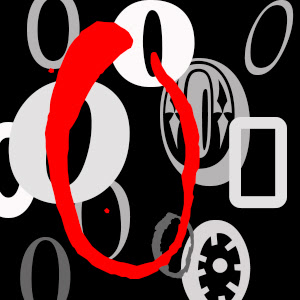 If there ever was a situation ripe for disaster, it was this:

Holly joins hunting/conservation organization as the new editor of its magazine. Organization invites Holly to Staff Day before she even starts work. Staff Day will feature shooting on a challenging sporting clays course. Scores will be kept.

It went as badly as you'd imagine, but with a silver lining you'd never expect in a thousand years. Check out what happened in my latest column in Shotgun Life.

And now for some really awesome news... I couldn't be more excited for a number of reasons, first being that I've had a longstanding relationship with CWA as a volunteer, contributor and life member, and I have nothing but love and respect for the organization. Since the early 1980s, it's been restoring, improving and creating habitat for not just the waterfowl we hunt, but for all animals that need wetlands to thrive.

Cal Waterfowl also does a terrific job in shooter and hunter education, helping lots of folks earn their hunter education certificates and go on their first hunts - that's where I've focused most of my volunteer time. And it goes to bat for waterfowl and hunters in the California Legislature - super important in this state.

The second reason is that there just aren't a lot of full-time jobs for writers and photographers in the world of hunting, so when you get one, you'd best have the sense to count your blessings. I am incredibly lucky to have been given this opportunity.

Finally, I'm going to be in a workplace that's steeped in hunting culture, which will be a nice change. It's not that I've encountered any anti-hunting hostility during my seven years of teaching at Sacramento State - quite the opposite, actually. The kids have been curious to hear about what I do, and some colleagues have as well.

It's just little things, like if I want to go dove hunting after work near the university, I have to drive 45 minutes in the wrong direction at rush hour to go home and pick up my gun, then head back where I came from to go hunting. I couldn't keep a gun in my car at school. Couldn't even check a gun at the campus police station. Zero tolerance, baby.

Now, what about all my other activities? I'm done with teaching for now - I might go back and teach a class once in a while, but not full-time. I'll still be doing independent food photography on the side, and I'll continue to write my monthly column for Shotgun Life as long as Publisher Irwin Greenstein is willing to keep me on there.

Will I blog again - revive NorCal Cazadora? I'm not sure, but definitely not in the near future - I need to focus on doing my new job well before I pile more things back on my plate. But I think it's safe to say you'll see a little bit of the flavor and personality I put into the blog appearing under my name in the magazine from now on, starting with the winter issue, which is the first one I'll get to work on.

Now, for The Ask: California Waterfowl is a magazine for members, not something you subscribe to or buy at Cabela's or Sportsman's Warehouse. If you'd like to check out my work there and you're not already a CWA member, you'll need to join, which costs $35 a year. The good thing is that your money doesn't just buy a magazine - it supports the ducks! If you're interested, just click here.

Thanks, readers, for sticking with me!

After writing about hunting on a blog called NorCal Cazadora for four and a half years, I moved on, focusing on freelance writing, photography and even a little videography, mostly on the topics of hunting, food and nature, and the niche they share. This website is your portal to all of that work that is available online.
If you're looking for my photography, you'll find it at photo.hollyheyser.com.
To be notified whenever I have new material published, just subscribe to this site by email. You'll get email only when something new goes up, and I won't sell or give your email address to the vermin of the internet. I won't give it to nice people, either.
Oh yeah, the photo above? Flank feathers from a hen pintail duck. You can see more photos like that here.

Topics and types of work

Holly Heyser
Holly A. Heyser is a former newspaper reporter and editor who went on her first hunt at age 41 and immediately fell in love with the honesty, grace and humility of acquiring food the hard way. She has combined her two loves - journalism and hunting - in her current job as editor of California Waterfowl Magazine. She does food photography on the side, and she is co-organizer of the annual Novice Women's Duck Hunt in Northern California. Click here to contact her.